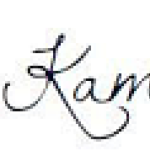 Posted on December 14, 2020 By kami2k In Affiliate Marketing

Table Of Contents show
1 Six Habits That Will Improve Your Wealth, Success, and Productivity
2 HAVE A WINNING MINDSET
3 HAVE A VISION
4 BE UNDERSTANDING AND UNDERSTANDABLE
5 SHARPEN THE SAW:
6 What’s a Mission?
7 BE POSITIVE:

Six Habits That Will Improve Your Wealth, Success, and Productivity

Everybody wants to be successful, but only a few are ready to put in the work to achieve success. It’s one thing to desire to be successful, it’s another thing to put in the right habit to make you successful. The two things that will get you successful is good habitual routines and hard work. Without these, you just are having the same results you been getting for so long. And for this change to happen you got to have a good and changed mindset.

In this writeup, there are several mindsets you need to have that will shift you from ordinary successful results to having extraordinary results.

HAVE A WINNING MINDSET

There are three types of mentalities when transactions or deals are taking place between two individuals or companies.

Lose-win is when one party loses the benefits and the other gets all the benefits in the deal. This can come about when two scarcity mentality individuals are having a deal. Where comparison begins to set in.

Win-win applies to when two abundantly mental people come to make a deal-making sure both have mutual benefits from the deal.

The first place is the mind and the second place is in the physical or the real world. Where ever you are, whatever you doing at any point in time, whosoever you are relating with, the kind of relationship you are in, everything started in the mind before it became physical. Be it where u stay, your friends, your achievements, etc.

So before I go further let me give a quick definition of what vision is all about:

A vision is a clear picture of the future you want to feature in.

As simple as that.

There are two types of people in the world.

The first sets of persons don’t have any direction in life, anywhere the world moves, that’s where they go. They are acted upon by what their boss, teachers, friends. So therefore the vision of others or external influences is created in their minds and not on their own vision.

The second set of persons uses his visions to influence the external or physical. He creates his vision via his desires and passions and not by what the world wants him to be. His vision is strong and very clear so everything around him aligns itself with his vision. The visions he has cannot be influenced adversely by the vision of his boss, teacher, friends, or external influences. He has faith in his vision and believes no matter what it must be accomplished.

So the question is: Have you sat down to clearly state where you want to be in life In the next three years.?

If not you will be moved and driven by the influence of others. It’s very important you have a personal mission and vision statement, where everything you want to be is written down and how you want to achieve that.

Everyone on planet earth sees things from their own perspective and everyone judges things based on the experiences they got from their past. Whenever there’s an issue between two or more individuals, it’s all because each one is seeing the issues based on their own different perspective, this will lead to misunderstandings, quarrels, and misbehavior.

When such misunderstanding arises, the best way to solve the problem is to ask

“How is this person see the issue.?”

Once you understand how the person sees things, then you have solved all the problem the world is facing.

For example, an extraordinary man in terms of relationships building and goal setting; Steven Cuvy gave an example about a man  who said

“he doesn’t understand his son, because his son wouldn’t listen to him”

but Stephen objected him saying

“I thought to understand someone you have to listen to them.”

Do you see it?

To understand someone you have to listen to them. You have to understand the paradigm they are operating in, which will make you know how to respond properly.

Also, when you are having an argument with someone and the person is telling you something that’s not in tune with what you think, the best thing to do is to listen to all the person has to say, then ask him or her why he or she thinks the way they think then after you are fully aware, let the person know and have the feeling that you understand him or her by saying something like: from all what you told me, I now understand how you feel about this, after this, you can now express your own views about the issue and the other person will understand you very well.

There was a great example a man called Stephen Cuvy gave. He said there was a man cutting down a tree with a saw and he’s applying all his might and strength, and his friend walked up to him and said: what are doing?

And he said:  I cut down the tree,

and the friend replied: But that saw doesn’t look sharp because you are applying to much strength to cut,

then the man replied: yes., the saw is blunt but I have time to sharpen the saw, so, therefore, I guess I have to saw harder to cut the tree down.

In this scenario, if the man sharpens the saw he will cut the tree in a few minutes with lesser stress applied. That’s how people go through life. They forget the real daily checkup that’s important and go about doing their daily activities.

For example: If all you do to your vehicle is drive and drive, without taking it to the mechanics for services and check-ups (I.e. sharpening the saw of the vehicle); one day the vehicle will develop faults that are will cost you more than the seasonal checkups.

The same thing applies to your body, if you don’t exercise, eat good diets, sleep properly ( i.e. sharpening the saw of your body), one day you could get soo sick that it takes so much time to recover and you spend so much money.

Another example is if you don’t engage in spiritual exercises like meditation, praying, fasting, reading good books, etc ( sharpening the saw of your spirit) you will be emotionally drained and you will react negatively to everything around you.

This is also known or the best definition of mission.

The mission is the strategy to make your vision a reality. In making what you have created in your mind a reality, you have to have strategic lay down rules, orders, and plans on how to achieve them. The right question to ask when creating a mission statement is

“What is the most important thing that could be done at the moment, that will take me to where I want to be at a given time?”

When setting a mission to visualize your vision; the time frame is very important, if not it’s not a mission.

Not urgent but important are tasks are done that will build up your SOCIAL & FINANCIAL LIFE which will get you to your goals faster. E.g. Health, Relationships, work, job, business, and planning.

Urgent and not important are tasks done that aren’t a hindrance to your goals e.g. Other people emergencies, deception.

A not urgent and not important task is a task is done that is directly opposing your daily goal eg. Social media, emailing, gisting. Etc.

Bring positive actually means focusing on things that matters and avoiding things that don’t matter in life. These can be classified into two

Circle of concern: This can be defined as the things that you can’t control e.g.

These sets of persons are called Reactive because they react to their prevailing environment, People that are in the circle of concern which are the reactive ones are influenced by everything around them. They put blames on things they can’t control. All these affect their daily performance, and because of that they can’t take action on the thing the can control

Circle of influence: These are things that you can control e.g.

These people know that their decisions determine their lives and not their conditions. They don’t put blames on the things they can’t control but put their effort into things they can control.

E.g. Two employees are queried by their boss for coming late, one employee gave excuses on the traffic jam, delay in loading passengers in the commercial vehicle, etc the second employee blamed himself, even knowing very well that the traffic jam caused it. 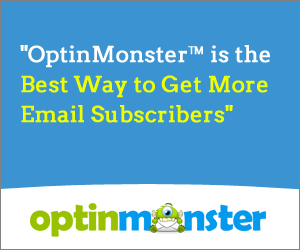 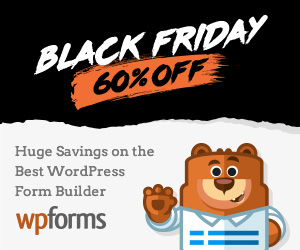